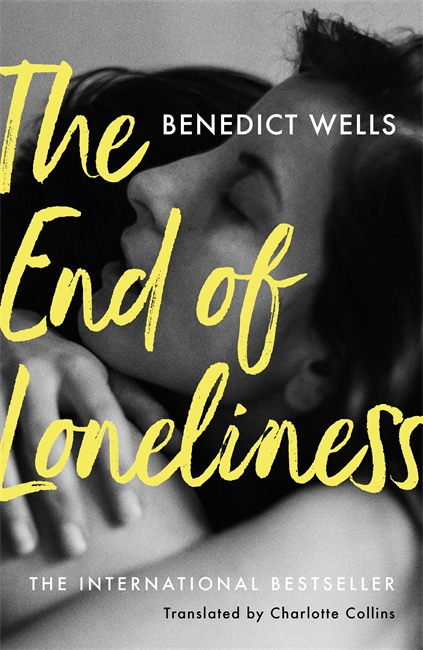 How much tragedy can one person endure?

Benedict Wells invites us to explore the harsh emotional landscape of his main protagonist and narrator, Jules, in a novel where he explores the forces of life and death, in prose that is austere and gloomy. It is a bitter-sweet tale with many dramas, twists and turns. There are accidents, illnesses, losses and other bleak events, yet the narrator sails through them with tenacious hope.

Jules’s unhappiness, according to Wells’ portrayal, began in his youth. When he was only ten, his parents died in a car crash in the south of France. Time froze, his childhood ended abruptly. He and his two older siblings, Marty and Liz, were sent to a grim boarding school in Bavaria run by the state. To add to their misery the siblings were separated from each other. Denial, guilt, depression strike Jules in turn:

‘You got used to this barrack life, but even if you’d been there for years it could still be depressing when day pupils went home to their families after school and you stayed on site like a prisoner, feeling that there must be something wrong with you. My dearest wish was just to be normal, not to be a bloody orphan anymore.’

The deprivation caused by grief render the narrator agonizingly shy, anxious to the point where he can hardly talk to his peers: ‘twisting words out of nervousness’, he is socially isolated, sits at the back of the class, locked into his own escapist dream-world. Until one day a new girl, Alva, appears. Outsiders both, they become soulmates, immediately developing an idiosyncratic, emotionally intense relationship. ‘The weird new boy’ has found a friend, with whom he shares silent warmth and unspoken sadness. Alva is an intriguing free spirit who disappears from the narrator’s life, only to resurface many years later.

The sudden death of their parents profoundly affected Jules’s siblings too. Crumbling under the heaviness of loss, his older brother – clever, intelligent – takes refuge in computer addiction, where he silently harbours his compulsive disorder. His more mercurial sister meanwhile drops out of school and is restlessly unconventional. A blend of poignancy and pain runs through their story and this novel, but it is the strong bond between the siblings that unites them in their moments of darkness. Only then do they achieve true friendship.

The End of Loneliness was the winner of the 2016 European Union Prize for Literature and is Benedict Wells’ first work to be translated into English by the highly accomplished Charlotte Collins. Despite its melancholia, at its core is a tempestuous and compassionate love story. Not everyone will enjoy the lean prose, but many of us will be able to relate to its existential themes.

THE END OF LONELINESS

Translated from the German by Charlotte Collins