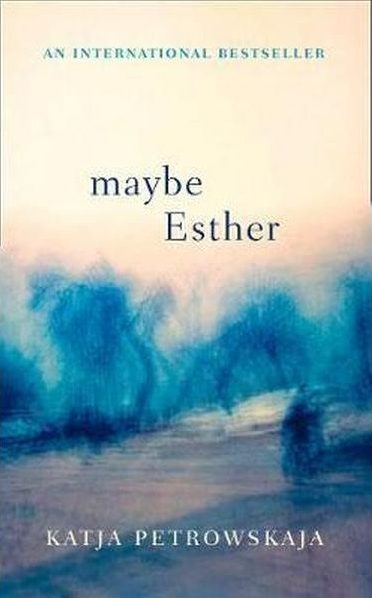 Love, loss, deception, assassination, espionage, death: this elegant book has it all. Katja Petrowskaja traces the footsteps of her family throughout the turbulent nineteenth and twentieth centuries, crossing Russia, Ukraine, Poland, Germany and Austria in their various and changing manifestations. This book is an epic journey through time and space, events and memory. At the beginning the author remarks: You could count the list of those who could be considered part of my family on the fingers of two hands. I had no need to practice the piano scale of aunt, uncle, cousin, first cousin once removed and her husband, cousin and great-uncle – up and down, up and down, and I was terrified of that piano, that aggressive totality of the keyboard.

To piece together this captivating portrait of her family history, Petrowskaja draws on old photographs, newspaper cuttings, family memoirs and lore, fragments of memory, notes of dubious value and documents in distant archives and, of course, the internet. The author’s account of her family saga is deeply reflective. Although the alternation between her maternal and paternal line is well crafted and engrossing, it is occasionally difficult to follow the convoluted dynamics of family relationships as they develop over time. However, this is compensated for by the gripping depictions of different characters and their life stories.

Foremost among these, on her mother’s side, is the remarkable babushka Rosa, the author’s grandmother. Rosa’s aspiration to become an opera singer remained unfulfilled; instead she followed the family tradition of speech therapists of the hearing impaired. From the tender age of sixteen she taught deaf-mute children, and during the war she became the head of an orphanage in the Urals for two hundred half-starved children who had apparently lost their parents during the Siege of Leningrad. Rosa was a feisty woman: she married Vasiliy, a Ukrainian farmer, who became a Soviet prisoner of war, spent four years in Mauthausen where, in the author’s words, he was treated worse than cattle. A woman helped him escape; he stayed with her in Kiev, and forty years elapsed before he returned to Rosa and their two daughters. He kept his silence. This was by no means the only drama in Rosa’s life. Her mother, Anna Levi, was killed in Babi Yar, since she did not want to flee… The author ponders the question Did pride matter more than survival?

For me, the most powerful part of Rosa’s story lies in the previous generation, with her father Ozjel. Ozjel was a director of a school for deaf-mute children in Warsaw, and after being charged with spying for Austria he left Poland with his wife Anna and their three young children, for Kiev, where he set up the first deaf-mute school. In search of her family past, Petrowskaja visits Kalisz in Poland. In the archives she finds documents that astound her. One, the certificate of Ozjel’s first marriage reveals that he was an illegitimate child of an illiterate mother, father unknown. Two, civil records show that Ozjel and his deaf-mute wife Estera had a second son, Adolf, about whom she knew nothing. To top it all, Estera’s registration card shows that she changed address frequently between 1931 and 1940. Ozjel was not widowed after all when he left for Kiev with his new family. The last, lapidary record of Estera is dated 1940 and is written in German: Reloc. to parts unknown.

Where does this leave the family’s recollection of its history? Was Ozjel actually related to Shimon Heller, the founder of a school for deaf-mute children in Vienna in the first half of the 19th Century, and the first in the family’s long tradition of work in this field? The question is not confronted. Instead Petrowskaja offers this haunting reflection:

The past betrayed my expectations, slipping out of my grasp and committing one faux pas after another. My progenitor, who told the glorious history of my family, was an illegitimate child, but I was not supposed to write that, moreover Ozjel was not widowed early in life, and then there was this Adolf, which was a common name back then, but for me an alarming one. Adolf confirms my fear that I had no power over the past, it lives as it pleases, and just does not manage to die.

The story of Rosa’s side of the family is just one of a forest of strands in this passionate and evocative book. Each reader will relate to different twists and turns of the extravagantly rich narrative. As a family historian I was constantly longing for more information, more context, more open engagement with the upheavals and devastations of fascism and communism, and more resolutions – but no matter. On the surface, maybe Esther belongs to the genre of ‘quests for Jewish identity’, but it is so much more than that. For me, its poignancy is encapsulated in an old photograph of the whole class of Ozjel’s school in Warsaw, from which Petrowskaja singles out their deaf-mute teacher who fell in love with a girl who could speak. Her parents vetoed their proposed marriage; he took his own life. Those living on the margins of marginality are the most engaging aspect of the narrative for me, yet they are the people whose voices we hear the least; for outsiders, silence and selective amnesia can be necessary friends, especially where family voyages have had to navigate between the waters of different ideologies. But that is true for others too. As Petrowskaja observes, …a large family was a curse, because relatives could be members of the White Army, saboteurs, noblemen, kulaks…everybody was under suspicion, so families suffered a convenient loss of memory, often in order to save themselves…whole branches of the family were erased from memory…’This is above all a tale of those who have coped with personal tragedy; of hope, resilience and survival. Bouquets also to Shelley Frisch whose superb translation really brings the book to life.

Translated from the German by Shelley Frisch