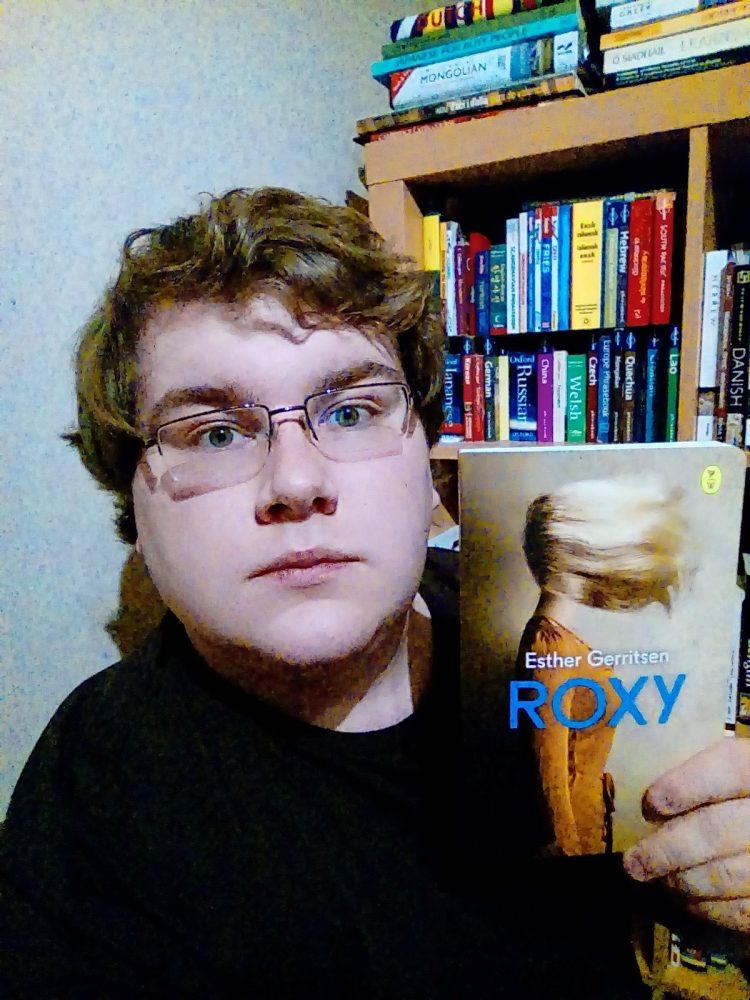 Esther Gerritsen’s Roxy is an interesting exploration of how a young woman copes with her husband’s death and tries to rescue her world as it slowly begins to unravel around her. One night the police come to Roxy’s door to inform her that her husband has been killed in a car accident. Roxy, the undoubted star of the show, finds her previously stable life beginning to spiral ever downwards. From then on Roxy’s actions indicate a woman in turmoil – whether it’s her sleeping with her husband’s undertaker before he’s even buried; the return of her previously distanced parents into her life; or her improvised, tri-country road trip with her daughter, babysitter and late husband’s secretary. Roxy is someone wrestling back a life that seems to have been out of her hands since the age of seventeen.

We should probably empathise with Roxy for losing her husband, but almost from the outset she is portrayed as an unlikeable character – a self-absorbed individual, indifferent to the needs of anyone around her. Yet it is this unlikeable nature that keeps the reader engaged, wanting to discover her ultimate fate. Ultimately, it’s almost unsurprising that it takes a man in a car – her father – to finally rescue her. Getting into her husband, Arthur’s, car as a teenager began their relationship, and a car is what ultimately ends it, so it’s appropriate that yet another man in a vehicle comes along to keep Roxy’s life rolling forward. This does beg a question though: why have men as the linchpins of the novel, when almost all the significant characters are female?

With Michele Hutchison’s translation doing justice to the narrative, and my familiarity with Dutch forthrightness, I didn’t find Roxy as shocking as other readers might. Certainly, the disregard Roxy shows for those closest to her is one of her less endearing features. In particular, the scene in which she turns over sheep, showing little remorse for, and even glee, in her actions, is genuinely disturbing and is testimony to Gerritsen’s wonderful characterisation.

The book’s treatment of sex might also come as a culture shock to some Anglo-Saxon readers. However, while they might be described as raunchy, I found the fleeting sex scenes only mildly explicit, seeming to reflect Roxy’s attitude to the world around her; short, sharp moments of pleasure that keep her life (and the narrative) moving forward.

As an emerging translator myself, I felt Hutchison’s translation was well done, with some key points of interest. The use of the present tense is far more common (and acceptable) in Dutch literature, and, while I initially had reservations about the translator’s retention of this in the English version, I eventually felt it worked, allowing the reader to get into Roxy’s mindset and fully explore it.

I did however, have some doubts about the way Hutchison depicts Roxy’s father, specifically in terms of the dialogue she attributes to him. Both of Roxy’s parents are depicted as working class, so her father uses a lot of slang. Yet, with his use of words such as “kiddo”, “innit” and “darl”, as well as his quoting of “Knees Up Mother Brown”, Roxy’s father’s argot seems to come from all corners of the English-speaking world, while British English is used in the rest of the text. For me, this inconsistency throughout the translation was rather obvious.

Overall, though, Roxy is a splendid little book about a fascinating yet troubling protagonist, with Gerritsen’s stripped-back language providing a very readable and direct narrative.

Scott Emblen-Jarrett studied Dutch & Spanish at University College London and graduated in 2015. Since graduating he has worked as a freelance translator, having recently completed a translation of De stem van de zee by Mara Li.