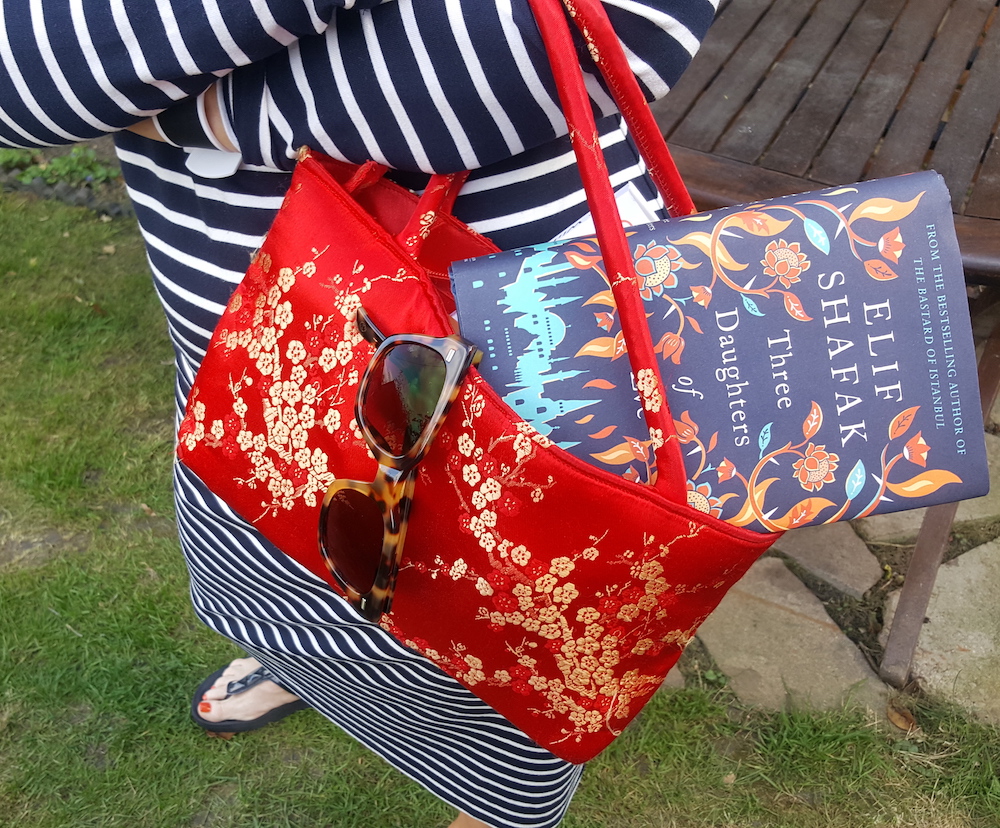 Elif Shafak writes novels of ideas. She’s written ten so far and Three Daughters of Eve is no exception. But if novels of ideas sound dry and forbidding, hers are not. They are always gripping, ambitious and eloquent, always page-turning pleasures. With great envy and admiration, I’m left wondering, how does she do it? This Turkish novelist, human rights activist, intellectual, public speaker, feminist, wife, mother, daughter and judge of the 2017 Man Booker International Prize? How does she combine all these activities while retaining her storytelling roots and developing her profound observations and theories? As Elif Shafak grows in public stature, so do her storytelling gifts, as this novel demonstrates, as if her public responsibilities feed the private in some way. Her many years living between cultures, West and East, Britain and Turkey, Britain and the rest of the world, have given her a wealth of experience and stories to feed her prolific imagination, and several other languages in addition to Turkish, her mother tongue. She has written this wonderful novel, Three Daughters of Eve, in English. It’s a bold and brave thing to do but it’s obviously liberating for her too. I’ve read Shafak’s Turkish novels, which are beautifully translated, but the invention and visual magic she conjures up with her English give her writing fresh vitality and intensity, as here when she describes her protagonist’s anger and frustrations towards her family:
…she mixed them all (her emotions) into a gooey batter and poured it into her thoughts on God. There it baked, in the furnace of her mind, rising slowly, cracking in the middle, burning round the edges. While her friends seemed as uncomplicated and light as the kites they flew… Nazperi Nalbantoglu, an unusually intense and introverted child, was busily searching for God.

Although we meet Three Daughters of Eve, three women, over the course of the novel, Peri is Daughter Number One. We follow her life, and listen to her inner dialogue, from early childhood in Istanbul in the 1980s to studies at Oxford University and then middle age in modern Istanbul. As a child, she grew up in a battleground, in a changing country and in a family where both parents were tearing themselves to pieces; between her mother’s defiant religiosity and her father’s defiant materialism. Mother and father of course reflect the divisions of Turkey itself, between traditional and modern, secular and religious, and Peri herself hovers undecided in limbo between YES and NO, longing for certainty in faith and love.

What is noble about all Elif Shafak’s novels, from The Bastard of Istanbul to The Architect’s Apprentice, is that they respect our intelligence, exploring complex theories and thoughts on God and the World with impunity. Of course, Shafak seems to be saying, novels can examine ideas; of course women are intellectual beings, not just trophies at dinner parties – although there is a High Society dinner party in Istanbul running through this novel which examines that idea too.

Peri The Confused meets Shirin The Sinner and Mona The Believer when she leaves Istanbul to study at Oxford at the beginning fo the 21st century. These three Muslim women, from Turkey, Iran and Egypt respectively, each at different stages of academic, personal and spiritual development, form a close but challenging friendship at this most traditional university, in England, a country at odds with it’s own identity. These challenges are heightened by the charismatic and brilliant Professor Azur, who ‘teaches God’ to the three women, creating fireworks in the process.

What is the secret the Three Daughters of Eve share? Does Peri achieve peace and certainty and how does this novel avoid becoming a treatise on Faith In The Modern World? The fact that Peri is described in all her human detail, through all her five (or six?) senses, brings her journey alive, starting with her stuck in the Istanbul traffic of 2016 with an aggressive teenage daughter, travelling back and forth across three decades, and reaching an all-too-real destination. This is epic storytelling. As Elif Shafak writes in her Acknowledgments at the end of the novel:
Motherlands are beloved, no doubt; sometimes they can be exasperating and maddening. Yet I have also come to learn that for writers and poets for whom national borders and cultural barriers are there to be questioned, again and again, there is, in truth, only one motherland, perpetual and portable.
Storyland.