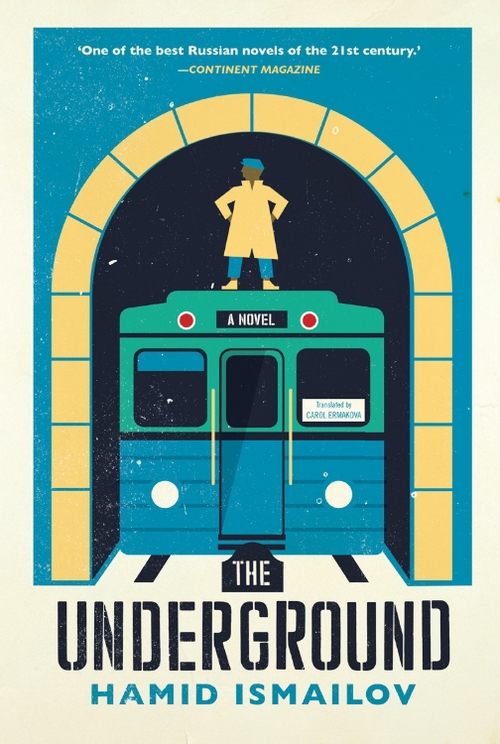 Every so often a book falls through my letterbox which makes me glad to be alive. Hamid Ismailov’s novel is one of them. The Underground is about decay, death and the end of empire but the writing is so powerful and poetic that it fills me with joy. And even though it is a short Russian novel of only 250 pages, it has all the lyricism, layers and depth of a doorstop Dostoevsky. The young male narrator Mbobo/Kirill is nicknamed ‘Pushkin’ for his love of story-telling and reciting poetry and because he is, like Pushkin himself, ‘non-Russian’. Mbobo/Kirill is ‘an exotic blend’ of African and Siberian blood; the result of a one-night stand during the Moscow Olympics in 1980 between his mother and a black African Olympian. This wise, precocious, well-read, troubled child lives only twelve years, brought up by his beautiful mother and two ‘Uncles’. Everyone is half- drunk as vodka is the only cheaply available sustenance. This is an anaesthetized, down-trodden nation where no one is sober. We witness the decline and fall of the Soviet Union through his child’s eyes and his obsession with the Moscow Underground. He was born near Oktyabrskaya Station and his mother’s waters broke in Paveletskaya Station and he dies underground, ‘being eaten or entered, bored into by maggots into his decaying body.’

The Moscow Underground is, at first, his consolation, a regal palace ‘with massive temple doors’, a magnificent ‘kingdom of marble and white stone,’ compared with the chaos and filth of Moscow Aboveground. It feeds his young brain teems with vivid impressions, ‘like blood from the throat of a slaughtered rooster, people spurted out.’ A rich portrait of 1980s Moscow, above and below, builds up slowly in the details of the architecture and inhabitants of the individually distinctive stations, of the Lenin Libraries he visits, of the filthy streets and their dark homes, of outcasts and cruel relatives, of the blood-curdling racism directed at the lonely black boy.

Each chapter is named after a metro station on the famous Moscow Circle Line. Mbobo/Kirill’s favourite is Sokol Station, for its ‘mathematical beauty’. Sokol Station is, ‘the subconscious of Soviet building; its collective unconscious, its archetype. What was left unrealized – or never fully realized – on the surface was achieved underground….order, regimentation, a fixed entrance and exit.’

What a metaphor for the Soviet Union! In spite of some heavy referencing, including to Dostoevsky‘s Notes from the Underground, this is not a heavy-handed novel at all. It is a moving account of betrayal and deception but of the ability to find comfort and joy in poetry and stories and of the necessity of beauty.

Mbobo passes through the twelve stations of his life and in 1992 his life turned ‘topsy turvy’ (aged twelve) – as did the Soviet Union, as Yeltsin and Gorbachev battled it out. Mbobo describes the ‘cruel betrayal’ of the Underground during the 1991 coup, when its stations closed and it became ‘the very biggest prison’ and ‘Hades’ underground realm’.

He feels deceived as the new bosses then begin to rename the stations. As the old nation dies so does ‘Moscow’s underground son.’ The underground is a grave, a tomb, a mausoleum for the blighted Soviet Union.

1992 is also the year that the author Hamid Ismailov fled the Soviet Union. Born in Kyrgystan, growing up in Uzbekistan and writing in Uzbekh and Russian, this prolific poet and novelist was forced to flee after being accused of “over-democratic tendencies”. He arrived in London as a refugee, became Head of the BBC World Service Central Asia Department – a post he still holds today. He writes in his ‘free time’ and has written four volumes of poetry and nine novels. Our gain and their loss – thanks also to his wonderful translator.