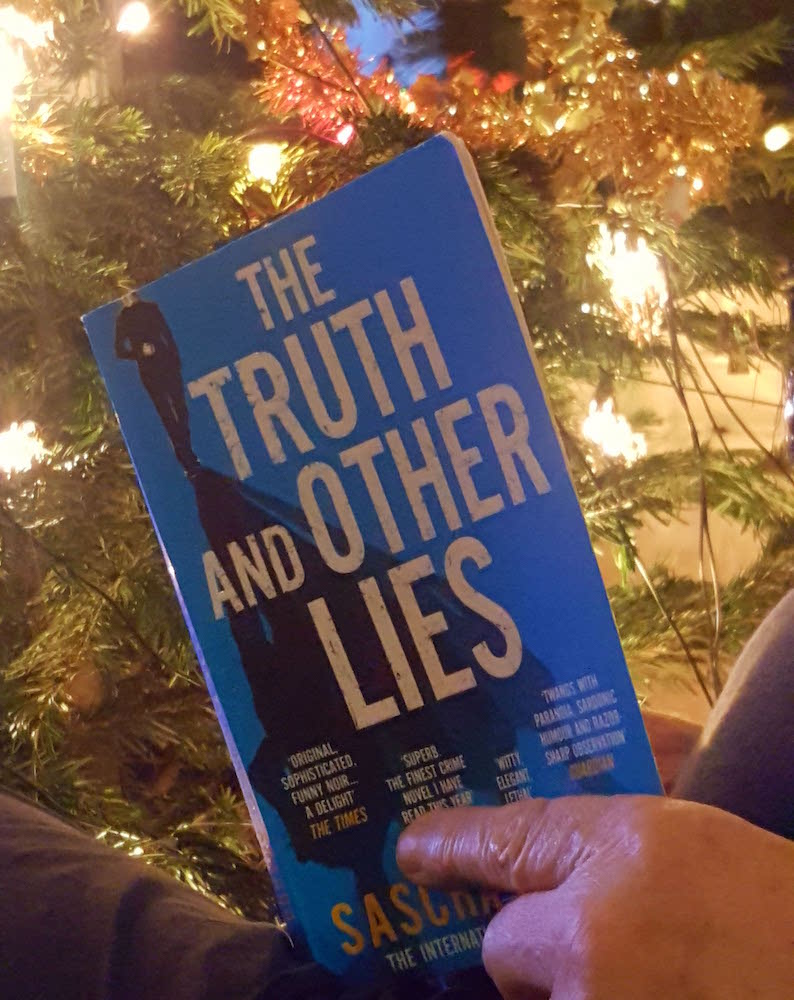 #‎RivetingReviews: Max Easterman reviews THE TRUTH AND OTHER LIES by Sascha Arango

Sascha Arango is best known in his native Germany as a screenplay-writer for the TV detective series Tatort (Crime Scene), for which he’s twice won the Grimme Prize. Television techniques don’t always work when they’re transferred to the printed page: they can leave the reader rudderless and bemused, but how effective they can be in the right hands is evident from the very first page of The Truth and Other Lies. We are plunged straight into the deep end of Henry Hayden’s personal crisis over an ultrasound image of his first child: unfortunately, not his wife’s, but his lover’s. And from then on, we are carried relentlessly, page-turningly onwards as Henry tries, but somehow always fails, to tell the truth; or rather, what he tells is his truth. He has the best of intentions, but the worst of outcomes – though not necessarily from his perspective:

“Moments of absolute certainty in life are few and far between. But in this instant, Henry saw into the future. [It] would grow into a person. It would have rights and claims, it would ask questions.”

But answering those questions is something Henry himself would rather not do: in German, his name is pronounced ‘Hiden’, and ‘hiding’ is what Henry has been doing a lot of – 25 years of his life have been conveniently squirreled away, and now, successful author and public figure that he is, he still has much to hide… though only his wife and his Serbian fisherman friend Obradin really know how much (and neither knows that much). Nor, for their own reasons, is either telling. So we can only guess at what happened, though we do learn (and I give nothing away here that you couldn’t find out from browsing the first ten pages) that Henry hasn’t written a single word of any of his highly successful novels.

In true televisual style, the details of the story emerge through events and encounters, every one of them entirely plausible, every one of them carefully and credibly crafted – and yet, we never know where the action takes place, except that it’s near the sea, so presumably somewhere in north Germany. There are, as well, enough red herrings to fill the most piscine of stew-pots, all adding to the fun of this first novel. For, yes, thriller though this is and with several murders to its name, it’s terrific fun. The cast includes Henry’s dog Poncho – a ‘hovawart’ (a breed that, not being a canine freak, I’d never heard of…be honest, have you?), and some quaintly named characters, among them Honor Eisendraht (‘iron wire’), Henry’s publisher’s secretary and obsessive of tarot cards; a police officer, never identified by name, but whom Henry always refers to as ‘the opossum’; and Charlotte Buntknopf (‘many-coloured button’) – Henry’s dead mother. Did he murder her? His would-be nemesis, Gisbert Fasch, certainly thinks so. Will we find out? This time, I’m not telling.

This book is so perfectly translated, I could never guess it wasn’t originally in English. It’s crammed with splendid aphorisms:

“The liars amongst us know that every lie must contain a certain amount of truth…it’s indispensable, like the olive in the martini.”; “Man is his own worst enemy; woman’s worst enemy is other women.”; on Henry’s writing “…every sentence a stronghold”; on his book readings “…filled almost entirely with women…positively hanging on Henry’s lips…letting his words enter them…nothing but a secret lubrication fest”;

after death number one “There is no silence like another person’s absence.”; on Gisbert Fasch’s pursuit of Henry’s ‘hidden’ years “Find an enemy for life and you’ve no more need of a doctor.”

Language and plot are so deftly interwoven that it never occurred to me to stop and ask ‘why?’: I just wanted to read on, and on.

I think you will, too.

The Truth and Other Lies

Translated from the German by Imogen Taylor