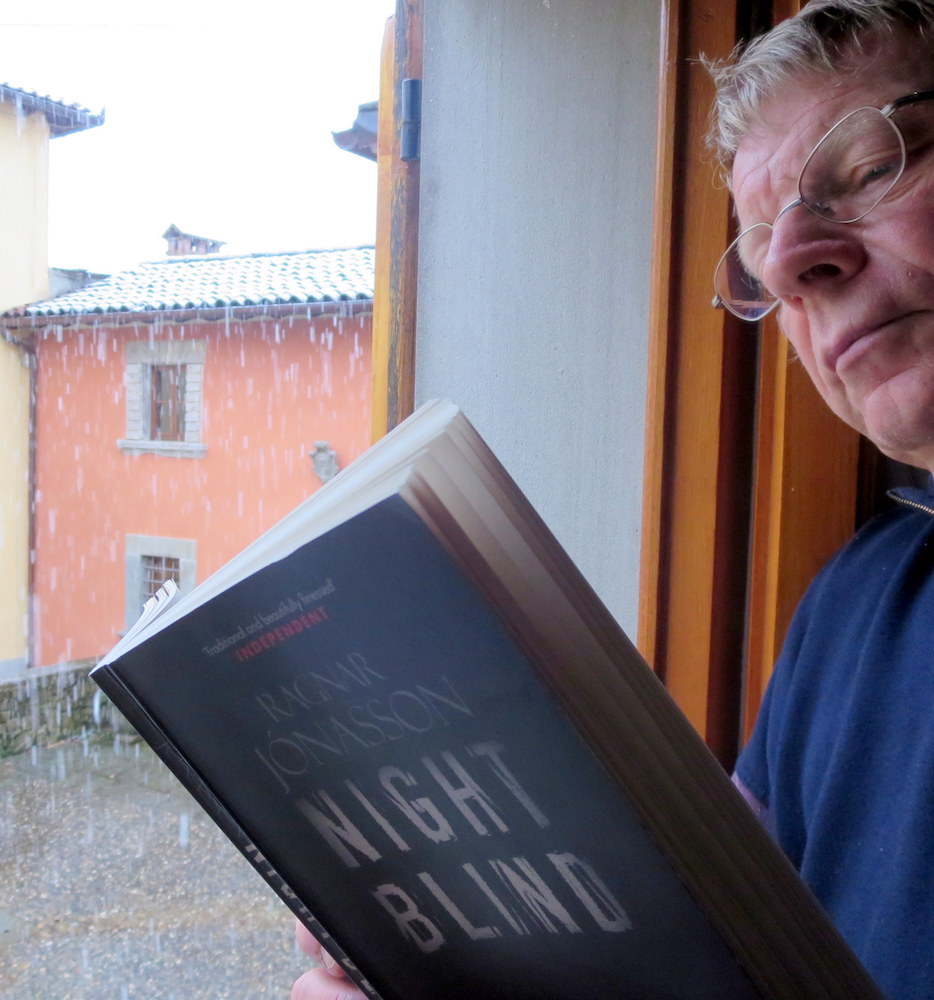 Nightblind is Icelandic writer Ragnar Jónasson’s fifth crime novel in his Dark Iceland series and is perversely being published out of sequence: Orenda took something of a gamble on this unknown – in the UK – author, when they brought out his first novel, Snowblind, last year, but it was so successful it briefly pushed The Girl on the Train off Amazon’s number one spot. I have to confess that I haven’t yet read Snowblind, but after reading Nightblind, it’s now high on my list of ‘next, please’! Number two (Blackout) is due later this year and the others are to follow thereafter, filling in the gaps in the series. In any case, not knowing what’s happened between one and five in no way affected my enjoyment.

This my third Nordic Noir #RivetingReview, and those of you who’ve read my other two will know I wasn’t entirely impressed with them. Suffice it to say that with Jónasson – and his translator, Quentin Bates – Orenda has struck gold. Comparisons have been made with Agatha Christie, and whilst the twists of this story may be somewhat ‘agathean’, I think the comparison rather damns with faint praise: much as I have enjoyed many of her books, the plots and characters often strike me as too fantastical, too perfect, to believe. There is nothing of this about Nightblind and its detective hero Ari Thór Arason. His relationships with his partner and their (almost) new baby, with his new boss, and with the people of the small town he works in, combine to make him a deeply troubled individual, all too human. Siglufjörður, Iceland’s most northerly community, suffers the same social and political tensions as any small town anywhere else, with everyone wanting to know what everyone else is doing – and ready to wreak what advantage they can from the exposure of family secrets. But its location is crucial…

Autumn felt more like a state of mind than a real season here… it was as if [it] had been lost somewhere on the road north.

And the impact of the financial crash of 2008 on Iceland is a running thread in the story, which roots it very firmly in the present.

But it’s Ari Thór’s loyalties and instincts as a policeman, under severe pressure from the start, which make the plot so credible. His new Inspector, Herjólfur, is shot by a person or persons unknown at a remote location. No-one knows why he was there and his family’s reactions, when he dies shortly afterwards, are puzzling. Ari Thór has to battle against not just the suspicions and hostilities of the local people, but also a rather nasty dose of ‘flu, as he struggles to find the killer: the arrival of his previous boss, Tómas, to take over the investigation seems at first a boon, but becomes ever more problematic. The tension is kept high, because there are three stories in one and we’re never sure just when and how the three will converge: who is the mysterious writer, whose diaries in a Reykjavík psychiatric clinic paint a disturbing picture of a probable psychopath? What are the mayor and his new deputy up to… and why has she changed her name? Drugs, domestic violence and political horse-trading make this a deeply disturbing read, against the backdrop of an isolated community as the approach of the long, dark months of the Icelandic winter press in on the police as they attempt to solve the first officer-killing in the country. And Ari Thór, who has tried to hard to become accepted by Siglufjörður,

… felt like the outsider again… a stranger in a place where everyone was connected and nobody could be trusted completely.

I regret I’ve never been to Iceland – other than to pass through Reykjavík airport! – but the people of Siglufjörður and the far north, their doubts and fears, the places they live in, the landscapes and the weather that both enchant and isolate them, are all so deftly described in such perfect detail that the dark and the cold and the loneliness of this sub-Arctic region enveloped me from the very start. This is a story that will stay with you long after you’ve put the book down.