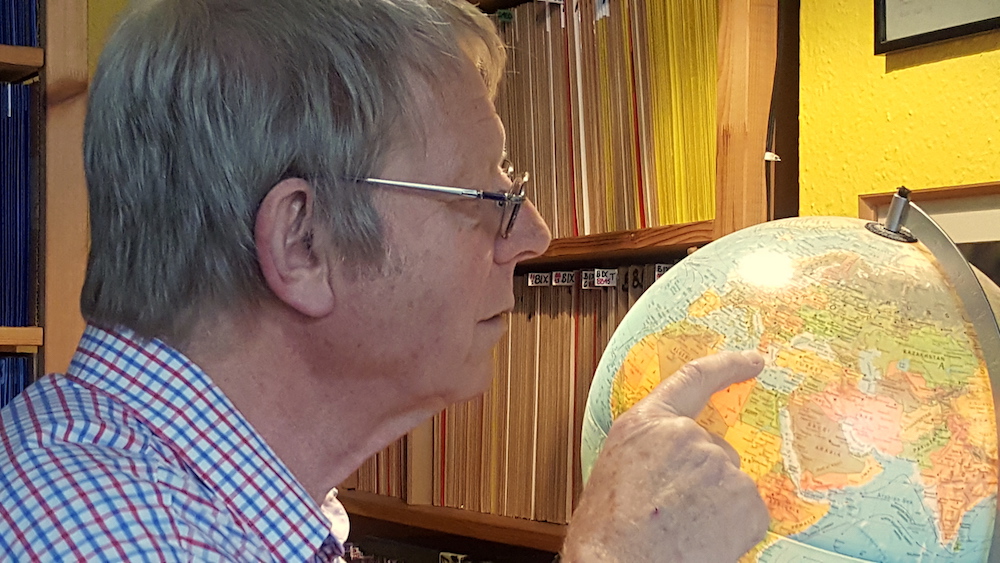 Given the past few years of turmoil in Greece, it’s surprising that there hasn’t been a spate of crime novels flowing from what could easily be described as the modern cradle, not of democracy, but of economic and political anarchy (it’s interesting, isn’t it, that the terminology of politics is so heavily derived from Greek!). Be that as it may, Pol Koutsakis – an award-winning playwright as well as a novelist, who has also translated his book into English – has come up with a fiendishly original twist on the crime genre.

Stratos Gazis is what no doubt every Greek longs for: a problem-solver, a wand-waver who, for the right price, will make anything and everything bad disappear, so that life can resume its natural and proper course. For the average Greek, of course, the price is the catch: Gazis only works for money, big money, and what he ‘makes disappear’ is people: people who get in the way, disturb a good night’s sleep and generally mess up one’s life.

But, being Greek, he is also contrary: a contract-killer who only takes out those he thinks are the really bad guys, a problem-solver who only takes on jobs, where he is sure the problem-makers deserve their fate, even if his clients are equally distasteful.

My potential employers have to give me a good reason…and what they say has to be confirmed by my own research…I am a caretaker with a conscience. And if I expected to find real ladies and gents to pay me to kill, I’d have to find another profession…

There’s a dash of the Philip Marlowe in Stratos Gazis: world-weary, cynical, wise-cracking – I’m a kind of social worker, except I get properly paid – but also precisely the type Marlowe would have chased, fought and cut down, even though Gazis might in the end have been the one who got away. For his great strength is not, as he puts it, talent, but method – meticulous planning, harvesting every scrap of information, and that includes on his clients as well as their intended victims…and the right back-up: from three old friends, Drag and Teri and Maria, who are, respectively, a cop, a trans-gender bisexual sex worker and the love of Gazis’ life. Athos, Porthos and Aramis they are not, but they work in pretty much the same way!

Gazis’ research leads him into a tangle of lies and half-truths:
So many different versions of the truth. Almost a joke. Good liars spice their lies with truth to make them more convincing. We were dealing with some pretty bad liars.

These bad liars are a husband and wife, who see events from totally different perspectives and who each wants rid of the other…Aliki, the actor and former model, whom three out of four Greek men rate as the most desirable woman in the country, who …captures everyone around her… and who claims her husband has twice tried to kill her. And Vassilis, …one of the best-loved men in Greece. The invincible lawyer…not one bad word had been said about him…not even in the tabloids. And so Gazis, unable to decide which of them to believe, sets out in search of the truth. There’s violence à-go-go, guns at his head and as people either drop like flies or just disappear, he realises ever more clearly that truth is only relative:
The older you get, the more you can be really sure of just one thing: you’ll never really understand people.

Greece’s economic chaos and social disruption are the backdrop to this racy story, whose twists and turns will keep you riveted to the end; to survive the turmoil, you have to be either wealthy or be able to cunningly bend the rules – or preferably both. To judge by his English translation, Pol Koutsakis must be a terrific writer in his native language. His second Stratos Gazis mystery, Baby Blue, will be published next year by Bitter Lemon. I can’t wait.

written (and translated!) by Pol Koutsakis