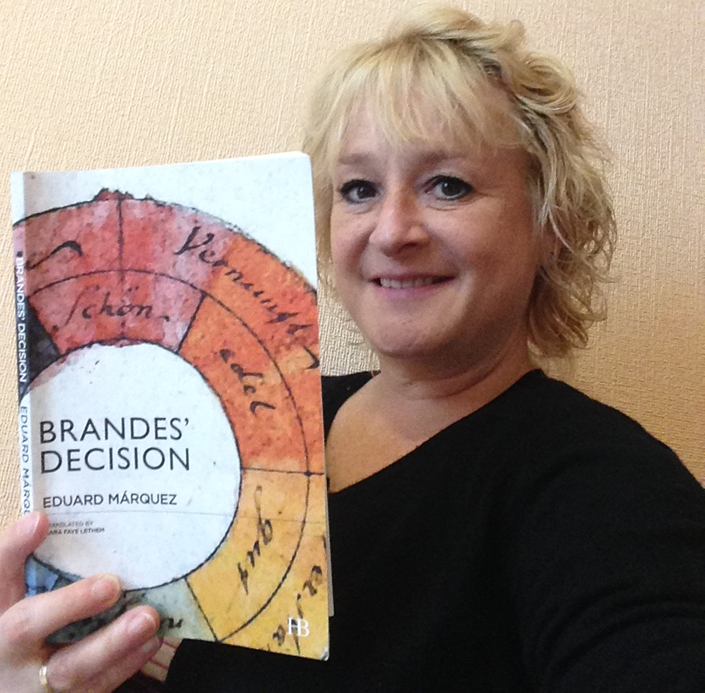 Brandes’ Decision is a journey through the memories of Brandes, a German artist who is terminally ill and, with the little time he has left, reflects upon the legacy he leaves behind. Written in lyrical prose, this short novel plays on all of the senses in its vivid descriptions and detailed imagery. Yet the novel is haunted by the fragility of life

Brandes has not had an easy life. Through his recollections we learn how he has lived through some of the hardest time of the 20th century, including the Battle of The Somme and Nazi Germany. His marriage to his first wife was far from happy and his son, its only happy outcome, was killed in a bombing during the Second World War. Yet there are also moments of joy. Some of the most moving come from his relationship with his father who inspired him through his love of colour and art, and with his second wife Alma, where we witness real happiness between two people who found genuine love. Yet these memories are tinged with sadness as the two people he loves most are also taken from him far too soon, leaving him always with a feeling of what might have been.

His memories are recounted through the eyes of an artist. It is not a linear narrative and we follow his mind as one memory links to another through the trigger of a sight, a smell or a taste. The story of his life, and the lives of those close to him, is revealed in fragments that can eventually be pieced together to make a whole. His describes his memories as if he were painting them onto a canvas, in terms of the colours he sees, or the composition of the scene; throughout the novel we see how his development as an artist is influenced by the events of his life.

These memories are framed by one key event which unites the importance of the paintings and his musings on the meaning of life: During the Second World War he was visited by a man named Hofer, who collected pieces of art for the infamous Nazi, Hermann Göring. Brandes is offered the return of all Göring’s paintings, originally seized from his Jewish gallery-owner, in return for the Cranach painting his father had given to him before he died. Brandes’ paintings depict his life and memories, yet the Cranach represents those of his father. Brandes is left with an impossible choice that preoccupies him until the end of his life: what will happen to all of his memories after he has gone, with no one to succeed him and preserve them?

As a reader, I liked Brandes as a character, and felt empathy with him but I couldn’t fully engage with him. It was as if he was merely painting a picture of his memories whilst I watched detached, standing back and enjoying the art work and not getting involved with the story. Yet I also think that is the whole point of the novel: at the end of his life Brandes ‘decides’ that as he has nobody to share his memories with, his memories will instead accompany him to his death – and that is also acceptable. All that is left as witness to his life will be the paintings – and they can only be observed from a distance. For a character in a book, however, it makes it difficult for me as a reader to care.

Translated from the Catalan by Mara Faye Lethem

Jennifer Arnold is currently finishing a PhD Catalan and Translation Studies at the University of Birmingham. She is also a translator from Catalan and Spanish into English and has translated some poetry that has been published in Trafika Europe. @jenjenarnold