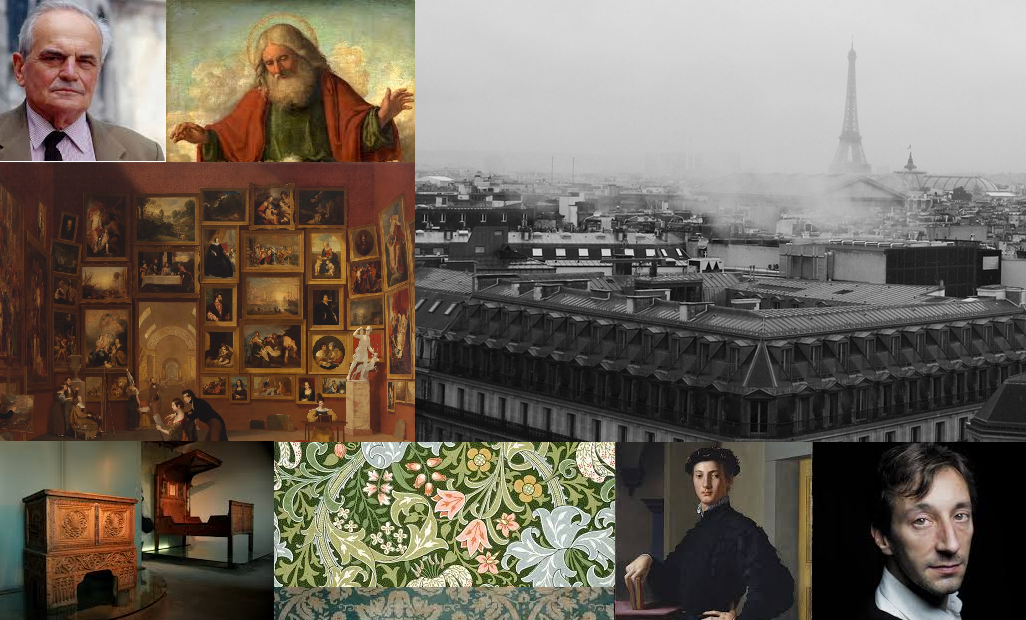 #‎RivetingReviews: Gurmeet Singh reviews YOUR FATHER’S ROOM by Michel Deon and THE PORTRAIT by Antoine Laurain

Real life isn’t as static and as matter of fact as we might think. We simply limit the vocabulary about our lives, telling ourselves only one or two stories about who we are: We had a rough childhood, for example, so now we don’t feel capable of accomplishing much, or; We were born into a rich family, which championed success, and so we became perfectionists. However, when the stories we tell ourselves become fixed, they preclude chance, change and possibilities in our lives. We become the stories we tell.

Two novellas from France, Michel Deon’s Your Father’s Room and Antoine Laurain’s The Portrait, explore this problem in two different ways. Deon, the sensualist, investigates memory and his unfulfilled relationship with his father, and Laurain, the entertainer, dramatizes one man’s fight against his own fixed story by abandoning his family in pursuit of a seemingly miraculous painting. This is the only similarity the books share (apart from being published by Gallic Books) – in every other sense, they couldn’t be less alike.

Michel Deon’s novella recreates his suburban youth in Paris in the 1920s. This isn’t nostalgia a la Woody Allen – Deon was 85 when he wrote and published it in 2004, and he died in 2016. It’s difficult not to let these facts intrude upon our reading. After all, Deon’s reflective narrator summarises the book with the tragic line, the scars of uncompleted childhood never heal.

Your Father’s Room excavates Edouard’s, or Teddy’s youth, in a series of lavish vignettes: School and education, spending time with his free-thinking father away from religious instruction, ignoring his deceptive and narcissistic mother, discovering girls, discovering books, and eventually, watching his father die. The vignettes begin with instant regret, the narrator desperately claiming how much better it would have been to have a more rewarding early memory than his parents going out for the evening, while he was cared for by a babysitter. How about a better memory like his parents lovingly looking into his cradle? Teddy’s desperate struggle for a different memory is essentially his struggle for a different life, and indeed a better relationship with his parents, especially his father. Thus he longs for different memories while still knowing that memory alone ties him to his parents. His story is of distance and regret, an emotional distance which becomes physical and real through death.

Despite Deon’s acute awareness of the limitations of both memory and fiction (he needs to look at a photograph to remember what his nanny -paradoxically called Madeleine – looked like), he uses fiction as a kind of proxy for the past. In doing so, he tries to restore the substance of his youth through sensuous description. There are lush curtains and rich tables – an enchantment with objects that extends to bodies and people, including his childlike fascination with different voices and accents. And yet, there is also an anxious, Joycean fear of the vulnerability of the body, as though surrounding the body with substantial material objects (fine things, a coffin), will somehow magically protect his body. This instinct is almost as strong as his instinct to violate the body: not only does he desire to lift girls’ skirts, Teddy has a perverse pleasure witnessing others’ illness (dwelling on repulsive details), including that which eventually kills his father. In this way, Deon’s ambivalence towards memory mirrors his ambivalence towards the body.

Enveloping these bodies and lives in fiction is problematic for Michel Deon and for the reader. While he luxuriates in lavish descriptions of cloudy days, cutting his thumb, his first experience of a girl’s body, this accumulation of detail makes the book difficult to read, creating a composite picture of a rich life but also weighing down the reading experience with baroque sophistication and texture. When we read, for example, about a coffin being lowered into the ground, we’re told that the breeze was, laden with orange blossom that gave death a taste of something celestial and blunted the sudden stinging sorrows – a detail which lives in the memory for its kitschiness, rather than its beauty. Kitsch is kitsch because it takes itself too seriously. A tonne of lace still weighs a tonne.

This is also not a happy or hopeful book. Deon doesn’t believe he can cure himself of his emotional inadequacy through fiction, he simply tries to recall and understand what happened in his youth, while yearning for a different past. The narrator, tragically, says of Teddy and his father:
Each would have to carry, one to his grave, the other throughout his life, the sorrow and remorse of having so seldom and so inadequately said what they felt, of having walked past each other without seeing, of not having shown each other affection outside the daily social ritual.

The wish for fiction to replace real life is taken to its extreme by Antoine Laurain in The Portrait. Collector Pierre-Francois Chaumont wanders through an auction house, and is amazed to discover a two-hundred-year old portrait of an unknown man who looks just like him. Chaumont buys the work, but only he can see the resemblance. Obsessed by the history of the painting, he researches and deciphers all the clues he can find, and in so doing, unlocks a new and unexpected life for himself. Chaumont drops the dull detail of his real life for the exciting fiction in his mind.

Unlike Your Father’s Room, Laurain’s novella is distinctive for its energetic prose and plot and for his skill in rendering simple what is otherwise complex. He may have chosen the same path as Deon, opting to write a book with a main character full of regret and longing for alternatives, but with the portrait as a device, Laurain dramatizes this struggle, making Chaumont literally see in himself what others do not: “The Portrait” is pure entertainment, and Laurain is a very good entertainer. He’s also a screenwriter, and the book is clearly written for cinematic adaptation. Not only does the subject matter feed into Hollywood’s current Harry Potter-style output (‘whimsical antiques collector has big adventure with history’), there is also a Dorian Gray-like appeal, although here the character decays while the painting remains pristine.

All Chaumont wants is recognition – for being clever and for looking like the painting. But not only does he not resemble the portrait, his friends think he’s an idiot spending so much money on something so ludicrous. Chaumont is not validated in the way he would like and so he suffers a crisis. The single story he tells himself is not shared by the world – something he cannot tolerate. I can’t say more without giving the plot away, but I do like Chaumont. I think he is the ultimate bourgeois, trapped by other people’s perceptions of himself. This makes him very human and very likeable, especially since he recognises this flaw in himself. He even goes so far as to conclude that if his wife Charlotte had simply said the painting looked like him, nothing would have happened.

Where we have a well-drawn narrator in Chaumont, the other characters, such as Charlotte, are ciphers to highlight how crazy and unusual Chaumont is. For me, this reads like flimsy characterisation, and Laurain too often relies on cinematic clichés (the long-suffering wife, the sceptical friends, the new, magical love interest) to create atmosphere. But this is also part of the charm of this book, where the pleasure lies in plot and conflict rather than in emotional insight and internal struggle. Perhaps what we have here is a modern-day pastiche of Borges or Zweig.

When we tell ourselves only one story about who we are, we suffer crises, that’s the message here, that’s why psychoanalysts recommend free association, to help us can conjure up new vocabularies about our lives, and create new possibilities for ourselves. Both Teddy and Chaumont only know one story about themselves: Teddy’s of his unfulfilled childhood, and Chaumont only that he must impress others to feel worthwhile. For me this made for two very different reading experiences, and left me wanting more from both. From Deon I wanted to know more about how Teddy survived despite his disappointments (he was clearly resilient), and from Laurain, I wanted to know why Chaumont resorted to fantasy to solve his problems, rather than, say, talk them out. While both books posit art (literature and painting), as a kind of solace, neither proposes an actual solution to the problem of disappointed lives. However, I sincerely recommend both books, and recommend reading them in the order reviewed, to fully experience how these intense emotional crises play out, first as tragedy, then as farce.

translated from the French by Julian Evans

Translated from the French by Jane Aitken and Emily Boyce