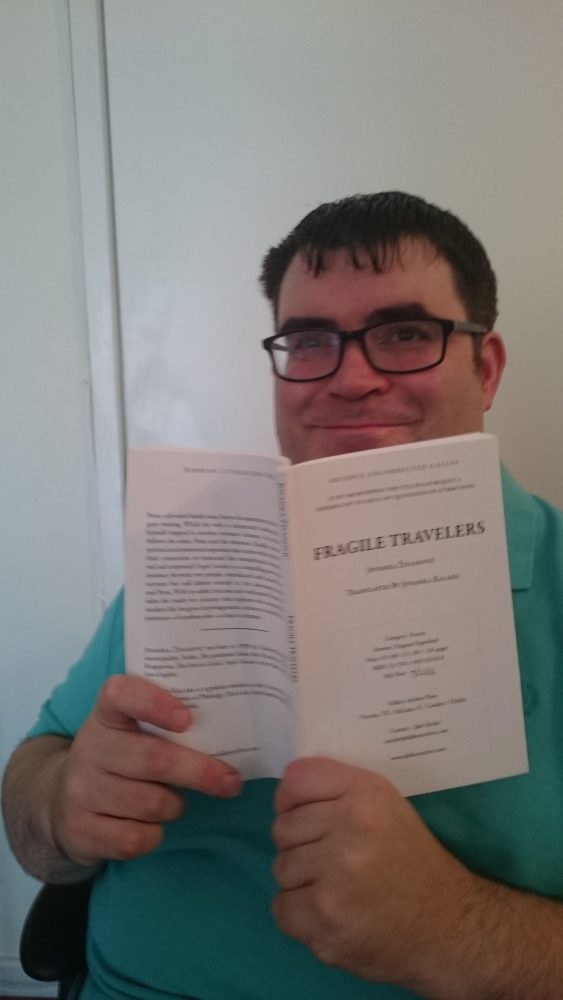 Fragile Travelers is the first book by Serbian writer Jovanka Živanović to appear in English translation. It begins with a disappearance, as architect Petar Naumov vanishes from his apartment, leaving a coffee pot boiling away on the gas stove. Opinions differ on what may have happened, to the point that people can’t even agree on whether a fire gutted the apartment, or whether the burner ran out of fuel just in time. Živanović’s sinuous, digressive prose somehow makes both options seem plausible at the same time; and you get an idea of how treacherous the reality of this novel can be.

What has happened is that Petar has become lost in the dreams of Emilija Savic, an art teacher whom he knows in passing, though their emotional connection is about to become much more profound. The dream world is disorienting, and allows for such absurd images as Petar letting his brain out to scamper around in the grass like a pet dog. According to the introduction by translator Jovanka Kalaba, this is based on the Serbian expression “putting your brain out to pasture”; Kalaba has some interesting insights into the work of translating Živanović’s dense original text.

As the book progresses, however, events take on a more serious complexion, as we realise just how deeply the characters are yearning for something more in life. At one point, Emilija dreams of two philosophers discussing the burden of existence, and sees that even this can bring the right people closer together. She wonders if the same thing will ever happen to her. There are some kinds of need that Petar and Emilija can only express in the dream, and Fragile Travelers enables us to confront for ourselves the same questions that. Živanović’s characters face.

Translated from the Serbian by Jovanka Kalaba