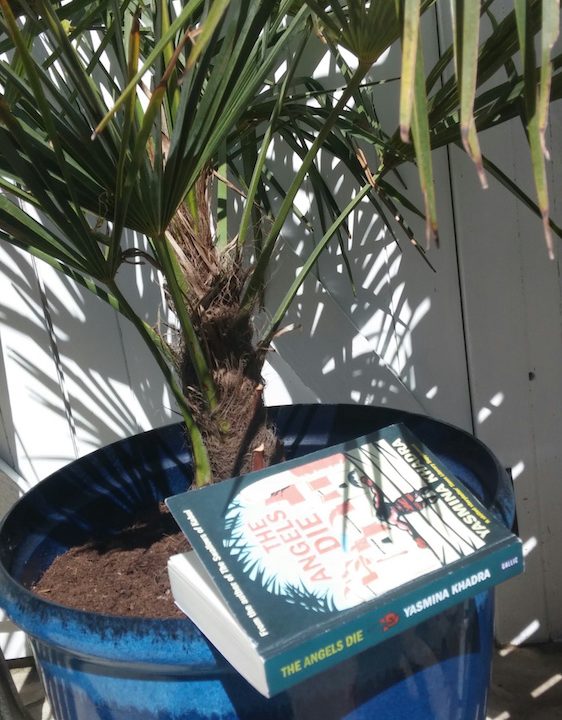 We meet the protagonist and narrator of Yasmina Khadra’s The Angels Die just before his execution. Turambo is an Algerian Arab living under French colonial rule in the 1920s. He lived in stark poverty as a child but later also experiences fame and fortune. However, it is the poverty and oppression that leave the strongest and most destructive marks on his life.

After a massive flood and a landslide, the young Turambo and his family have to move from their village. They end up in a shanty town in Graba, a place of destitution and exploitation, “an open-air asylum . . . [where] a tidal wave had swept across the hinterland and tons of human flotsam and jetsam had somehow been tossed here.” Turambo dreams of escaping Graba and eventually the family manages to scrape together enough money to move to the city of Oran, “a breathless adventure, a crossroads where every era comes together, each in its own finery.” Turambo’s life in Oran gives Khadra a chance to describe the difficult relationship between Arabs and Berber communities, and even more difficult relationship between the locals and the Europeans.

Turambo tries to help provide for the family but he never stays in a job long enough. Usually it’s his temper that gets in the way, his constant rage at the injustice around him. And there’s another constant in his life: his left hook. His talent for boxing is soon discovered by a European man who takes him under his wing. Turambo’s anger, confusion and frustration finally have an outlet. However even as a famous boxer he continues to experience racism and oppression.

And this is what The Angels Die is really about. It is a hellish story of injustice, of colonialism and racism; of Arabs living in Algeria dominated by the French, where Arabs are looked down upon, considered less than animals, not allowed in places reserved for Europeans; of times when an Arab can be a street kid or a boxing champion but still not a human being. And so Turambo’s life doesn’t really change, because “no one escapes their destiny. Destiny? Only exceptional people have a destiny, the rest make do with fatality.”

The book is divided into three parts, each named after a woman Turambo falls in love with: his cousin, a prostitute and a European. Being brought up in a traditional, patriarchal culture, he expects each woman to admire him and reciprocate his feelings. As in all other areas of his life, here too he ends up disappointed and frustrated.

Yasmina Khadra is the award winning author of over twenty novels. His writing is elegant, poetic and moving, reflected so well in Howard Curtis’s translation.

Translated from the French by Howard Curtis

Anna Blasiak helps run the European Literature Network. She translated over 30 books from English into Polish and some fiction from Polish into English (as Anna Hyde). She worked in museums and a radio station, wrote on art, film and theatre. See more at annablasiak.com