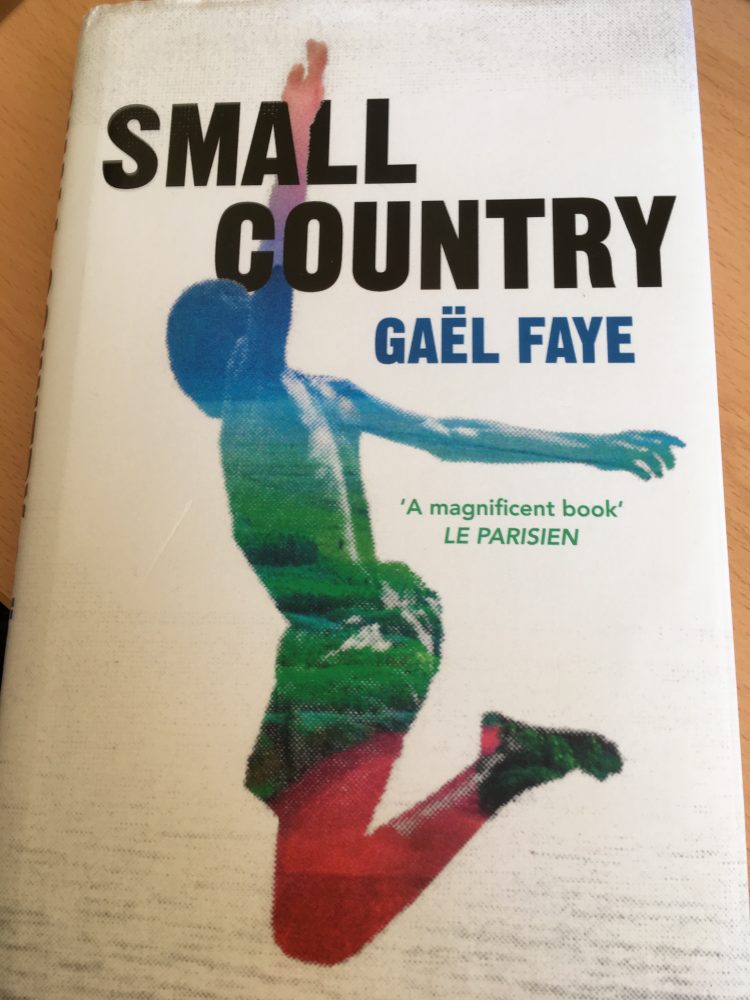 It’s not often that you pick up a book that grabs you from the very first page, holds you in its thrall to the last, and leaves you with haunting images of the extremes of human experience. Small Country, a bestseller and award-winner when it was published in France in 2016, is such a book: a coming-of-age novel set against the brutal realities of civil war and the Rwandan genocide of 1994. French-Rwandan poet, musician and now novelist, Gaël Faye takes us back to the Burundi of his youth in the early 1990s, where his young narrator, Gabriel, lives out his idyllic childhood and tries in vain to stave off the inevitable encroachment of the cruel realities of the adult world. In luminous, musical prose, translated with sensitivity and panache by Sarah Ardizzone, Gaël Faye deftly captures the innocence of youth and the dawning of adult sensibilities.

The novel opens as the adult Gabriel, living in a faceless suburb of Paris and haunted by memories of his African childhood, wrestles with the idea of returning to the landscape of his youth. As the novel unfolds, we experience that childhood through the eyes of ten-year old Gabriel, who lives in a pleasant ex-pat enclave of Bujumbura, Burundi’s capital city, which lies on the shores of Lake Tanganyika. Young Gabriel and his friends spend their days sneaking smokes, pilfering mangoes and basking in the knowledge that they are a band of brothers whose loyalty to one another will never be questioned.

But a sense of menace hovers over Gabriel’s small world. From the start, he resists all attempts to acquire an ‘identity’, to slot himself into one of the compartments the adults around him seem to find so important. Like his friends, Gabriel lives between two worlds: the European world of his French father, and the African world of his Rwandan mother. Paternalistic, colonial attitudes and racism, both covert and overt, are all around them. Gabriel’s mother is a Tutsi, a refugee who fled from massacres in her native Rwanda and who feels permanently ill at ease in Burundi. Sooner or later, Gabriel and his friends will be forced to define themselves as French or African, Hutu or Tutsi.

As tensions simmer between young Gabriel’s parents, and adults speak of war and unrest, Gabriel exchanges letters with his French pen-friend Laure and seeks solace in books lent him by his neighbour, a Greek lady, whose mango trees he and his friends have so blithely raided.

Burundi undergoes a military coup that results in violence and curfews, events begin to come to a head in Rwanda and Gabriel is brought face to face with the Hutu-Tutsi antagonism that will destroy his mother’s family. He understands that allegiance to one camp or other will eventually be imposed on him, however much he may wish to avoid it: ‘This camp was something you were born with, something that followed you for ever. It had to be one or the other. Heads or tails.’ Boyhood evaporates as Gabriel’s mother goes in search of her slaughtered family, and Gabriel is forced to confront his own fears and to witness the horrors of war and genocide.

The power of this small book lies in the simplicity of its language and in the successful portrayal of the child’s point of view. It is very much about the Rwandan genocide, a twentieth-century horror that I, like so many others, have tried in vain to understand through reading a wide variety of commentaries. But Small Country makes no attempt to unravel the political and historical forces that led to the genocide. It is not full of bloodshed and bitterness – although hatred and violence are constantly in the background and break through to the surface as the novel builds to its inevitable conclusion. Rather it is a devastating account of the psychological and emotional impact of the genocide on a family caught up in those horrible events. And what stays in the mind of the reader are the evocations of the lush landscapes of the narrator’s childhood and of the child’s attempts to remain in his familiar, comforting cocoon. Young Gabriel’s eleventh birthday is the occasion for a celebration, an evening of laughter and dancing, when ‘Maman shone in her flowery chiffon dress’, and ‘music joined our hearts and filled the space between us’. These are the moments to be savoured, before the ‘glowering, uninvited ghost’ makes one of its all-too regular appearances and reminds us all that war is ever-present.

Small Country gives us many exquisite moments and leaves us feeling that, while we might be, like Gabriel, exiled from our childhood, we can perhaps conjure up some small part of it in our imaginations.

Translated from the French by Sarah Ardizzone