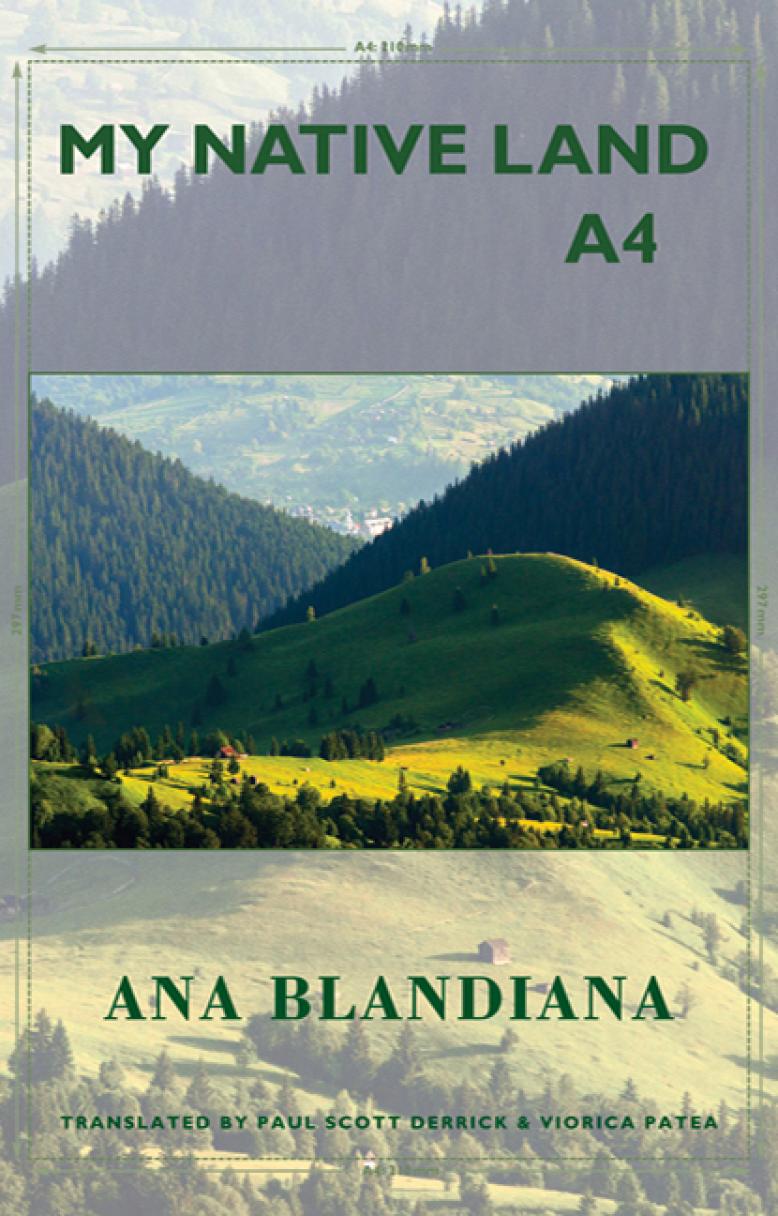 Poet Ana Blandiana is of that rare breed that has been laurelled with both literary and humanitarian singularity. Her career began with a poetry so charged with honesty that in the communist era it was banned, and she was paramount in the creation of the Memorial of the Victims of Communism and of the Resistance. My Native Land A4, translated by Paul Scott Derrick and Viorica Patea and published by Bloodaxe Books, is a volume of poems written during the denouement and in the aftermath of the moment Romania went through its metamorphosis from communism to democracy.

I regard Blandiana as like a poet of old: she is ambitious with the ‘big themes’. What I find most alluring is how the journey from a profane to a sacred space is responsible for each poem’s narrative progression. She seems to use a religious concept as a literary mechanism: the act of descent, of ‘coming down’, indicates this poetry is a religious rhetoric in itself, claiming back the mystical after a half-century in which religion was minimalized. Her often roundabout way of alluding to things reflects the paranoia of this cultural strangulation in which free speech was nonexistent. As a result, the poems are sometimes – intentionally, I understand – puzzling in their darkness and unexpected twists, to the point where they are almost gothic. Perhaps I wanted to read politics into these poems, but they are successful as such. If they are political, however, it is in a representational way; they could also be cosmic, or sexual, or imagistic.

The poet’s journey does not seek to be conducive or conclusive, but musing. In this sense, I often found her philosophy too understandable – the graceful interiority at times seems too self-explanatory and transparent. For Blandiana, the idea is more important than language, and she does not indulge in ornamentation. As a result, we receive intangible shadows of thoughts – with phrases such as ‘the honey of eternity’ and ‘the horizons wrap tightly around me’; often I felt that I would have liked a particular idea, full of potential, to be expanded, but Blandiana allows full meaning to slip off in a tide and re-emerge in the currents of other poems.

But Blandiana does not hesitate to mark troubling experiences, as in ‘Requiem’:

Even then, a shadow

You began to belong

To another world, to another state of being

Having read another Blandiana volume in English (The Sun of Hereafter and The Ebb of the Senses) I nod to the devoted translators who, in their having continued to translate her, prove themselves to have genuine admiration for her work. They opt for the approachable: the syntax resembles naïve art.

Reading My Native Land A4, I found that Blandiana remains the image of wisdom that she represented in 1989. Because of its fluid, pensive simplicity, I would recommend this book for readers whose taste in poetry is just beginning to bud.

My Native Land A4

Translated from the Romanian by Paul Scott Derrick & Viorica Patea