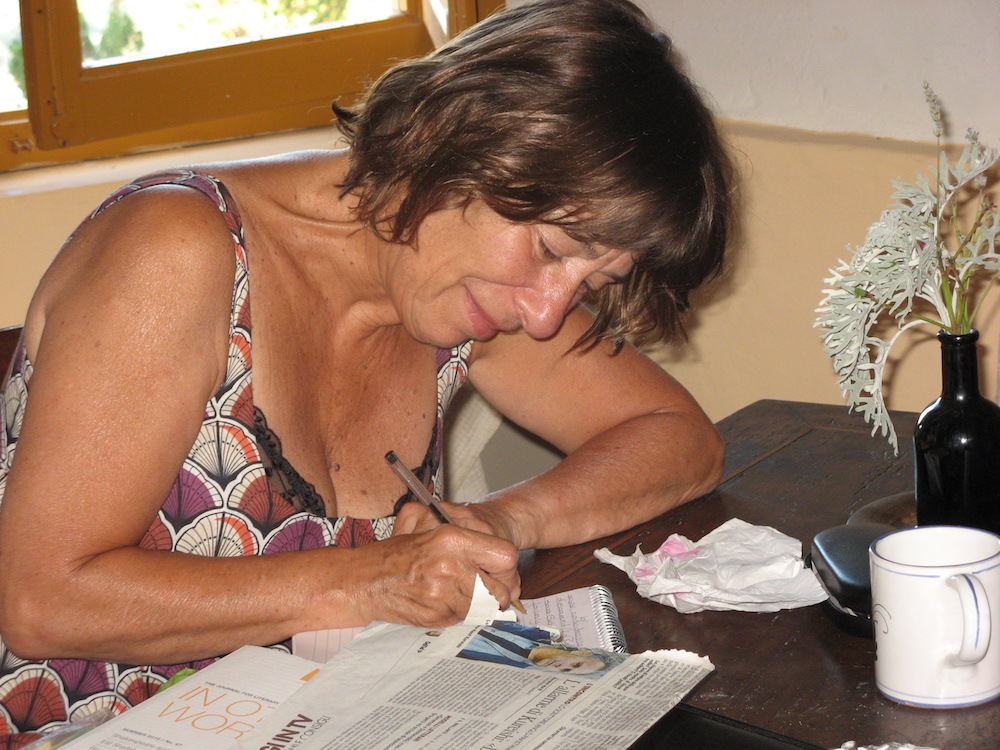 Under the new world order, where politicians commission journalists to stick to post-truth alternative facts, media stories can read like dystopian fiction.

Finnish author Antti Tuomainen is well placed to tackle the crossover between the two, given his background in both advertising copywriting and investigative journalism. With six crime novels now in print, covering such themes as a post-apocalyptic Helsinki (The Healer) and poisoned industrial farming (The Man Who Died), he is never far from an imminent news item to recycle as fiction.

Finn Mining Ltd. and the town of Suomalahti may not exist but the relentless damage caused by uncontrolled deep mining – to water tables, soil and entire ecosystems – does. It is a catastrophe in the making more often associated with faraway places in other hemispheres. Not with eco-friendly Scandinavia.

Yet, in Tuomainen’s own words, his starting point was factual enough:
We had a mining boom a few years ago when a huge nickel mine in Northern Finland was opened. It was (and continues to be) an utter disaster from the start… when it was revealed how the business was started, how it involved politicians and business people in a highly questionable manner, and how phenomenally big the bill was (and remains) for the taxpayer, I just felt I had to ask a few questions.

So far, so typical of Janne Vuori, the investigative journalist on the Helsinki Daily, who decides to act on a tip-off. It arrives in an anonymous letter warning that illegal practices at the northern Finnish mine are on-track to cause a full-blown environmental catastrophe. Vuori’s voice recounts his investigation, alternating with narrative chapters filling in an increasingly complex back story involving a hired hitman, mysterious disappearances, ambiguous affairs and childhood neglect, most of which ultimately emerge as intimately related to the novel’s flawed hero. Vuori’s personal life is a mess, but his professional life is erratically directed by a conscience as tormented as any to be found in Graham Greene, and his ripostes possess a pithiness worthy of Raymond Chandler, impeccably rendered by translator David Hackston.

In short The Mine, lacking as it does either conventional criminals or police forces, has little to do with detective fiction, still less with police procedurals. As with Tuomainen’s previous novels, it is why – and when – we act as we do, or, more importantly, why we fail to act, that affords motivation and movement. And this is as true of our personal as our professional lives, where sauve qui peut remains a guiding maxim.

Vuori decides to respond to the letter at a time when his career, like his marriage, appears to be in the doldrums. In short, as his wife Paula keeps reminding him, he is disregarding family and financial commitments: he ought to be grounded in more reliable employment, not shooting off on a moral mission. Any such demonstration of his commitment to investigative journalism is set fair to guarantee demise of his marriage. Yet the agonised Vuori cannot resist resuming an undertaking made by fellow journalist, Lehtinen, which had been left abandoned and incomplete following his sudden death.

Lehtinen is not the only player to suffer such a fate: two of Finn Mining’s senior executives die in unpredictable accidents before Vuori can interview them, and the others don’t want to talk. Worse still, Lehtinen’s copious files have mysteriously disappeared, leaving Vuori to start work in the dark. Literally so, as he travels through the apparent wastelands of northern Finland, braving the snowbound winter with its long nights, dramatically woven into the storyline.

Weather is more than simply a feature. It plays its own part in conditioning what can and cannot be excavated in uncovering the workings of the eponymous mine. It comes alive in sentences such as: An exceptionally dense swirl of snowflakes flurried past the window, and the thick ice on the window ledge crackled as though a packet of boiled sweets had been scattered on the floor. Weather looms bleak and grey behind the insulated windows of Vuori’s home and office in the capital, like another character peering in to render him the object of scrutiny. Vuori’s awareness of being followed may, of course, be adding to the enveloping sense of unease, of being constantly monitored.

Not that Vuori’s personal life bears overmuch analysis either. He is well aware of his shortcomings as a husband, lover and father. And his relationship with his own father has been whited out as if by snow blindness. The two have been out of contact for thirty years until a chance encounter engineers their reconnection, which becomes increasingly instrumental in the plot’s escalating murder toll. The legacy of an absent father persists, not only in Vuori’s yearning but tentative relationship with his daughter, Ella, but also in his adoption of a surrogate father figure in Pohjaneimo, editor of the Helsinki Daily. It is Pohjaneimo who, when Vuori despairs of concluding his investigation, ensures he does so simply by reassigning him to the social diary section. One week of covering a Learn to Twerk! story and Vuori is back on the track of Finn Mining Ltd.

The novel’s first chapter contains a question asked by Rahtanen, the hapless photographer assigned to accompany Vuori to help try and gain access to the mine. What are we doing here? Vuori’s answer is that of the honest hack: Looking for the truth. What he fails to mention is that other familiar corollary, while facts may not be altered, the truth can depend on its interpretation.

The anonymous letter that kicked the whole story off denounced Finn Mining Ltd’s boasts of clean technology and environmental friendliness (endorsed at the highest level of by business and government authorities) as a pack of lies. On the contrary, it says: The truth is that we are digging our own grave.

Plenty of graves are dug and plenty more skeletons are extricated from cupboards of dead files in this novel. Surprisingly, plenty of humour is also extracted from deadpan jokes. Humour resounds in David Hackston’s translation, for example in taking “human resources” out of the personnel department and making it the hitman’s job description. Black humour, of course. What else could it be in a crime novel by the acclaimed “King of Helsinki Noir”?

translated from the Finnish by David Hackston