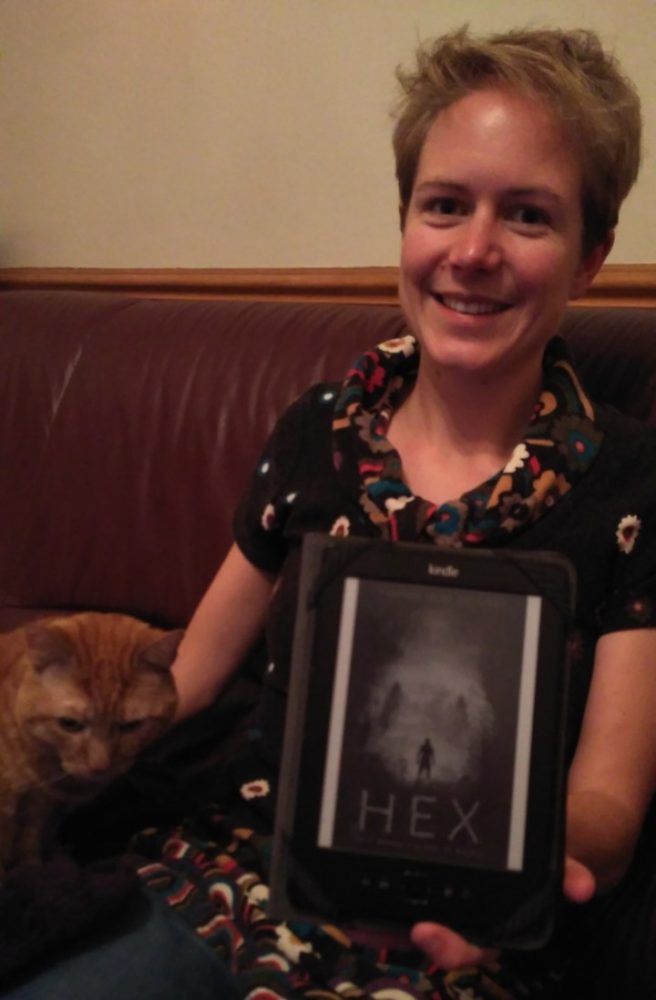 What would you do if a disfigured seventeenth-century witch appeared in the corner of your living room? For the residents of Black Spring, a town in America’s Hudson Valley, the answer is simple: throw a dishcloth over her face, sit down on the couch and carry on with life as normal.

This imperturbable attitude, described by HEX’s author, Olde Heuvelt, as an example of the ‘utter Dutchness’ of his novel, is one part of the original – published in the Netherlands and Belgium in 2013 – that is maintained in Nancy Forest-Flier’s English-language translation. The new version, referred to by Olde Heuvelt as HEX 2.0, sees the original book relocated to a completely new setting; the Dutch town of Beek becomes New Beeck, later renamed Black Spring, and the Dutch characters become Americans. While some elements of the original Dutchness remain, the backstory is different, as is the ending, which Olde Heuvelt describes as ‘much scarier and better’.

After all, this story is intended to scare you. The premise is certainly creepy: the witch’s eyes and mouth have been sewn shut and she has heavy chains wound around her body. She randomly appears in people’s homes, where she stays for a few days at a time. According to folklore, if the stitches are ever removed, all of Black Spring’s residents will die. It’s a dark story that gets even darker as you read on. With public flogging, suicides and the ghastly death of a dog, it is unlikely to appeal to the fainthearted.

One element of the novel that works really well is how modern technology is incorporated into the story. The town uses high-tech surveillance to track the witch, and members of the younger generation use a GoPro to secretly film her before uploading the clips to a website. This juxtaposition of modern technology and century-old magic gives the dark fairy tale a certain credibility.

One thing I felt was missing, however, was a strong or prominent female character. The novel is written from the male perspective, with female roles (besides the witch) limited to wife, butcher’s wife, girlfriend and an employee with a huge forehead, who should, of course, be ignored. The female characters are consistently disrespected and disregarded, and there are abundant references to nipples and breasts; for example, a heap of children is described as forming a giant breast. Such references, as well as some of the language used (the girlfriend of one of the character’s sons is described as a ‘pert little cutie’), made me cringe at times.

As part of his justification for relocating the story, Olde Heuvelt writes that, in order to scare readers, you first need to create a sense of familiarity, before ripping it up. As a Brit who’s spent time living in the Netherlands, I’m left wondering whether I would have perhaps preferred the original version. In order to find out, and because I’m intrigued by the changes and the different endings, I think I’m going to have to get my hands on a copy of the original version.

Translated from the Dutch by Nancy-Forest Flier

Alice Tetley-Paul translates from Dutch and German into English. She holds an MA in Literary Translation from UEA and recently co-translated The Panama Papers: Breaking the Story of How the Rich and Powerful Hide Their Money (Oneworld Publications, 2016).